MIE Groups was founded in 2000, which is the first domestic professional exhibition serving organizer in Dubai. MIE Groups pioneered the channel for Chinese companies to participate in Middle East and Africa exhibitions. 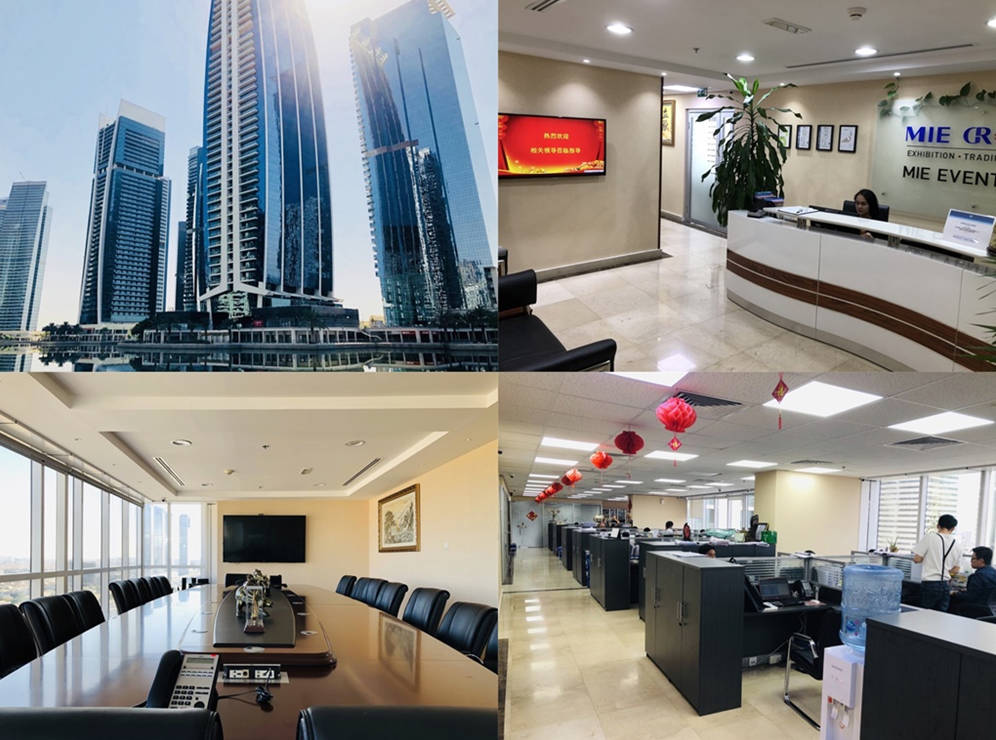 After the maturity of the dubai exhibition market, MIE group has successively opened up neighboring countries including Saudi Arabia, Qatar, Egypt, becoming the general agent of more than 100 famous local international exhibitions and organizing over 80,000 Chinese export-oriented enterprises exhibit in Middle East and Africa.

Over the same period, six domestic subsidiaries of MIE group were established, gradually forming the development concept  of “Based in Middle-East, serve the world” and the service features of "one-stop service" for enterprises expanding the market in these areas.

From Dubai to Abu Dhabi:On Sheikh Zayed Road, after passing Gloria Hotel/Dubai Internet City on your right, follow the signs for Exit 32 which will take you into a slip lane service road parallel to the highway. Follow the road and the almost immediately follow signage for Jumeirah Lakes Towers, which will take you on a fly over leading to the North Entrance of JLT (at Cluster Y). After Cluster Y is Cluster V , and then Cluster W .

From Abu Dhabi to Dubai:On Sheikh Zayed Road, after passing Ibn Battuta Mall on your right, you will pass an Emarat Petrol Station on the right hand side. Shortly after, take the Exit 32 off of the highway. Follow the signs for Jumeirah Lakes Towers which will lead you to the North Entrance of JLT (at Cluster Y).

There are two metro stations that serve JLT. Our office is in the North side of JLT, please embark at Dubai Marina Station .